“We were very happy with [Atlantic Foundation & Repair]. They did everything they said they were going to do, came out when they said they would and finished the job in a day and a half. We didn’t have a lot of landscaping, but what we had they put right back. You couldn’t even tell they had been there. The foreman was courteous and prompt, and we were impressed with the inside office staff as well. It’s a very professional operation.” 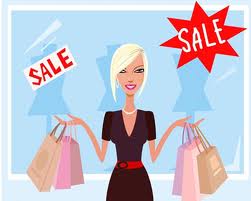 “I knew precisely what Atlantic was going to do, what they were going to charge and what the results would be. The value it added to my house is probably three to four times the value of what I paid to have it done. There are very few things you can spend money on with a 300 to 400 percent return.
If you’ve ever been involved in this kind of construction, you know all kinds of problems can come up. The experience these people have in solving little problems involving water and sewer pipes and electrical and telephone cables was excellent. They had had everything happen before so that when a problem occurred they knew the fix and could take care of it in an efficacious manner.
Now that this problem has been taken care of, the windows sit normally, the doors sit normally and the cracks are pushed together inside the bedroom and don’t have to be refilled or repainted.”

“One corner of our townhouse had sunk about four inches. It had gotten so bad we had had to have doors reframed because we couldn’t open them. The people from Atlantic were meticulous. Everything they did, they tried to do exactly. They paid attention to the smallest detail. It was the type of job I don’t expect to get any more. For example, they had to dig up some shrubbery to get to the area of the foundation they wanted to raise. When they finished, the shrubs were back and you could hardly tell it had even been dug. They really cleaned up the mess. I’ve recommended them to others who have called me; they couldn’t do better.”

“They were very efficient. They came out to the house, looked at the cracks and told me right away how many piers they would need to install, where, and how much it would cost. I had a good understanding of what they were going to do, how the piers worked and how they would keep the house from sinking more. They did all they said they would and were very professional.”

“The consultant who came to our house to assess the job represented the company in a professional manner. We were able to talk ‘engineer to engineer’ so I had a good idea of what was being done and how Atlantic would go about the work. The man who came to do the work was a principal of the company. When we discussed the job, I pointed out some additional tasks that were not included on the work order. He said that was no problem and that they would take care of them. When the job was finished, they cleaned everything up. I thought it was all handled in a professional way.”

“We had a chance to see some of the work Atlantic had done, spoke with several references and felt comfortable they could do what they promised. They were able to do the repairs in a very timely manner, closed up the cracks in the brick and around the window casings as promised and cleaned up the property so that it looked very nice when they finished. I also liked the fact that they were local to me and seemed to have had a lot of experience with problems like mine in this area.

I would recommend to people who are facing a decision like this that they look closely at a firm’s references and check out how people feel about the work done. That’s what sold me on Atlantic.”